The Nintendo Wii is Almost Here 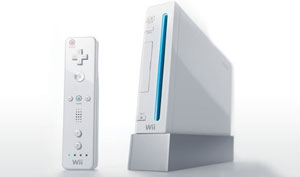 It's been over 4 years since the launch of the Nintendo Gamecube, a video game system with amazing games that was underappreciated by many in the mainstream media. Here we are now, only a couple of weeks before the release of the Nintendo Wii and how things have changed. The Nintendo Wii is THE hottest video game console of 2006. And here is why.

The Nintendo Wii is tiny ? roughly the size of three standard DVD cases. It has a slick white casing reminisce of an Apple iPod and a hypnotizing blue LED light where you feed the console the game. The games are controlled with a Wii Remote which is basically a controller that looks like a tiny remote control.

Unlike other systems, the Wii Remote is able to detect motion and tilt in 3D-space. What the hell does that mean? It means that if the game has a door, instead of pressing a button on a controller, you literally perform a door opening motion to open the door. It also means that to play a bowling game you no longer need to point an arrow where you want the ball to go, you do the bowling motion as if you were bowling in real life. The system immerses you in the game. And that's really what everyone is excited about: How you can control your character and the world around you.

Additionally, Nintendo calls the Wii a "virtual console." You buy points at a retailer and with those points you can buy classic Nintendo, Super Nintendo, Nintendo 64, Sega Genesis and Turbo Graphics 16 games. On top of that, independent developers will be able to release completely new, simple pick-up and play games for the "virtual console."

The system launches with 1 Wii Remote, 1 nunchuck attachment, a copy of Wii Sports, composite a/v cables (sorry guys, component cables will need to be purchased separately ? what the hell Nintendo?), and the Wii console itself for $249.99. We could probably fill 10 pages with information, but we recommend you check out the official Nintendo Wii web site or video-game specific web sites for more in-depth information about the system.

We have already pre-ordered our Nintendo Wii, and of course, the new Zelda game to play in our offices.

Permalink • Posted by Hugo on November 6, 2006
Posted In: Technology, Toys and Games