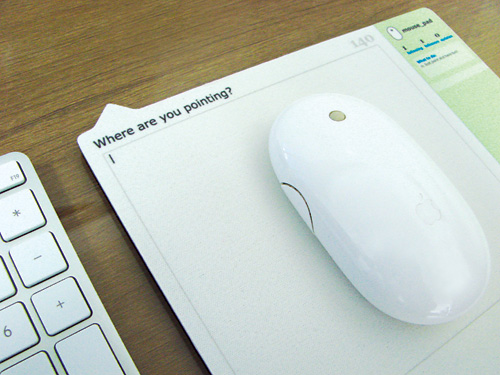 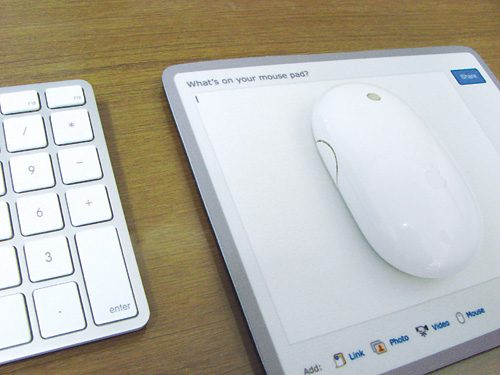 The mousepads are made out of cloth material with a non-slip rubber base.

Permalink • Posted by Hugo on September 29, 2009
Posted In: Miscellaneous